NAFA, History, and Documentation of the Annual Conferences 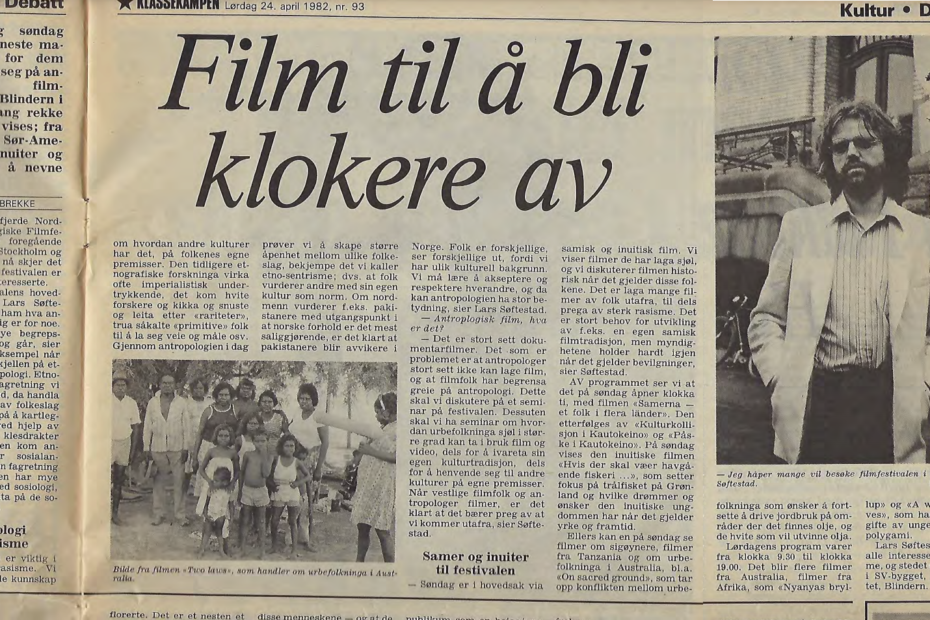 A number of people have worked with and for NAFA over the years. My period was in the early 1980s, when I was a graduate student in anthropology at Dept. of Anthropology, University of Oslo. There were several conferences and meetings, largely in Denmark and Sweden. At these meetings I represented the Ethnographic Museum, University of Oslo, where I was working at the time. I became close friends with – for some among us – near-mythical members like Knut Ekström and especially Heimo Lappalainen (both have sadly passed away, Heimo in 1994 and Knut in 2007). But, fear not, there is good continuity! I met Peter Ian Crawford on several occasions during these early years, and he is still going strong, up there in Tromsø! For a more recent key person there is Frode Storaas, who used to work out of the University of Bergen, by coincidence an old friend and fellow student of anthropology at the University of Bergen. There are several others, ensuring that NAFA is set to continue into the future!

For those younger among you, NAFA was founded after an initiative by Heimo Lappalainen. This was in 1972. In other words, NAFA will be 50 years old next year!

My work for and with NAFA culminated with organizing the annual conference in 1982, at University of Oslo’s Blindern campus, jointly with Per Rekdal (at the time working at the Dept. of Anthropology). Programming and managing the conference represented substantial work over several months, mostly done by me. We put together a good program, with official participants and/or films from Australia, Canada, Finland, France, Greenland, Norway, Sweden, and Tanzania, among others. There were films about Roma and Saami communities. A particularly interesting event was a discussion between anthropologists and filmmakers on how to optimize collaboration in order to better understand each other. Colin Young and David MacDougall and their oeuvre figured centrally. We were together for two intense days. The turnout was very good. The daily newspapers in Oslo covered the conference (see, for example, the attached article in the Klassekampen, 24 April 1982).

In the course of programming the conference I amassed a substantial amount of material, including audio tapes (film presentations and talks/workshops), correspondence (including with prospective official participants – snail-mail and fax, pre-email), papers, posters, programs, and reports. Being the type of person who has problems throwing away things, especially paper and books, it all ended up in a box. And in this box the material was sitting quietly until last year, 38 years later, when I decided that enough was enough, and sent all 13 kg to Frode, who in turn will send it on to Peter Ian. And Peter Ian is working on the history of NAFA. I should think that the material from the 1982 conference will plug a hole in NAFA’s institutional memory, and contribute to covering in sufficient detail what happened at this festival.

To the future organizers of the NAFA annual conferences: Think posterity, and keep the materials you produce in the process of preparing and organizing conferences.

As for me, in early 1983 I traveled to Bangladesh to do anthropological fieldwork, and with that left NAFA behind. That is, until now…