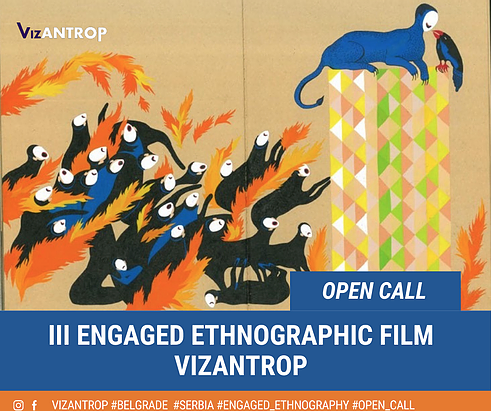 The ethnographic film festival Vizantrop in Belgrade is accepting submissions until June 1, 2021.

Submissions are free and open for films with innovative and analytical approach to cultures and societies. Authors can submit their films for any length of time and not older than 4 years for the following categories:

More information about the festival and how to apply on the Vizantrop website.