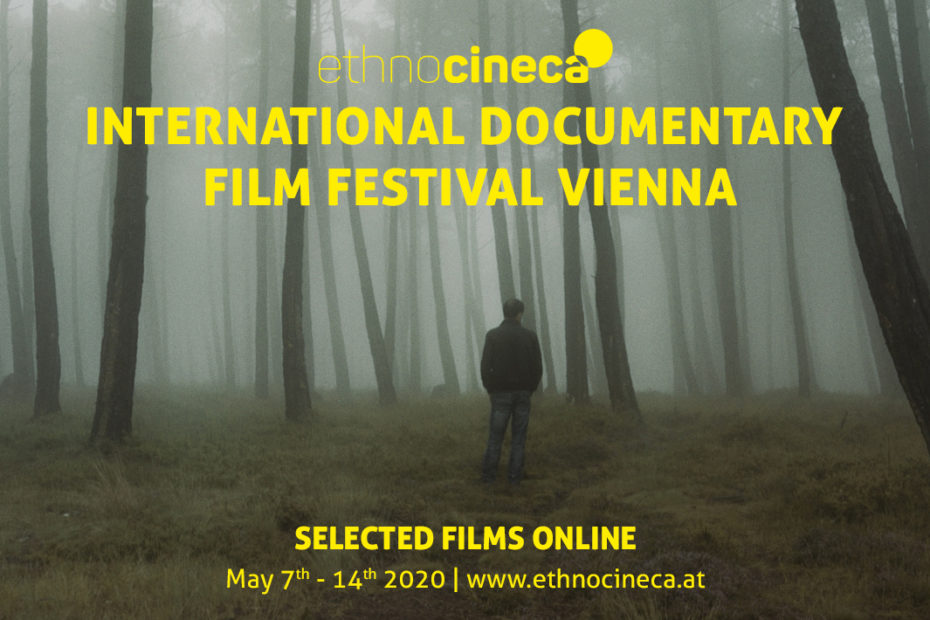 March 2020, less than two months before the opening of the 14th ethnocineca – International Documentary Film Festival Vienna. We had selected 50 films from 650 submissions for the 8-day programme to take place in two cinemas. Invited filmmakers and social scientists were starting to book flights and were preparing for the film talks and side-events, including the traditional keynote that would have opened the festival. After nine months of preparations, hundreds of hours of watching films, organising the programme and securing funding, we were looking forward to the festival and the exchange with our guests. That’s when the Austrian government announced the country’s lockdown, including a temporary prohibition of all cultural events.

Upon receiving the news and in the spirit of this year’s festival theme B R E A T H E, we took a deep breath and decided to make parts of the programme available by creating an online on-demand edition: 8 days – 8 films that ran through the original dates of the festival. More than ever we felt the need to see the world from as many perspectives as possible, perspectives that above all were and still are missing in mainstream media during the pandemic. We selected eight Austrian premieres that emphasized the power and beauty of the filmic narrative and spoke to us through political and poetic-sensory approaches, telling stories of waiting and active resistance.

This shift was an enormous challenge that required a reconceptualisation of the form and content of the film programme as well as negotiations with distribution companies, new marketing strategies and press work. But the biggest challenge was yet to come: our festival thrives on the beauty and power of the collective filmic experience in the cinema. For a short period, it creates a unique atmosphere of intensive inspiration stimulated by the exchange between international filmmakers, experts and an engaged audience during film talks, side events and many informal conversations. So how could an alternative to this core conception be translated into the virtual space?

To retain the festival feeling, we used an online video chat format to open a dialogue with the filmmakers and additionally invited them to send short statements about their films. To frame the festival, we shared a video of our opening speech from inside the empty cinema on the first day of the online edition and published an award ceremony video to announce the winners of the five award categories as a streamed live event. In addition, two side-events – a virtual guest lecture on cinema of the senses and a roundtable discussion on the role of film festivals in the distribution of anthropological knowledge – provided a space for engagement and discussion.

Going through with an online edition was worth the effort in many respects. By entering the virtual borderless space, we were able to reach a global audience irrespective of people’s physical localities and contributed thereby to the idea of more democratic distribution of anthropological perspectives via film. This sense of a world-wide community was further strengthened during the participatory video chats with filmmakers that consolidated us somehow for the absence of these encounters in person. Going offline after eight days, therefore, felt a little bit like closing the cinema doors ‘in real life’. And so, while we are much looking forward to returning to the cinemas next year, this exceptional experience showed that additional online offers can add new layers of conversations and thereby enrich the exchange beyond the cinema halls.